The store will not work correctly in the case when cookies are disabled.
Categories
Recent Posts
Archive 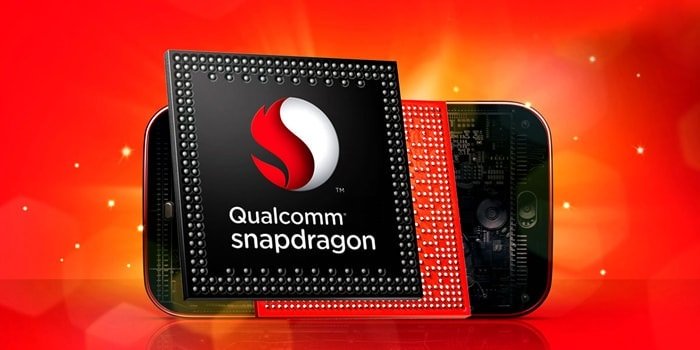 People have been making connected devices for many years. Today, there is an ever-increasing demand for smarter devices. The market for powerful, intelligent edge devices is moving very rapidly, spreading from consumer electronics, healthcare, industrial applications and beyond. AI-enabled home hubs, which rely on cloud connectivity and edge computing capabilities for a variety of form factors, are no exception. Key challenges that surface up while designing such devices are inconsistent developer experience, high development cost, and data security. Blueprinting home hubs is always an entangled task, requiring OEMs to deliver connectivity, compute and secure hardware, and software fundamentals together in a twinkling.

Android Things – Google’s managed OS for the Internet of Things (IoT) embedded applications helps in addressing these requirements by providing a production-ready scalable solution with features like auto-upgrades and built-in security. Google had launched it at the end of 2016 and after a developer preview with over 100,000 SDK downloads, Android Things 1.0 was rolled out to developers in May this year, just before Google I/O 2018 event. With a long-term support for production devices, it was one of the major attractions at the event.

Android Things is the title-holder and plays its part in designing IoT applications like home hubs. Android Things is a fully managed solution; it gives you the access to a trusted platform to build professional, mass-market products, without previous knowledge of embedded system design.

Coming from the predecessor Brillo, Android Things enhances the fundamental Android framework with added APIs offered by the Things Support Library, which lets you combine new types of hardware. Here is its framework: 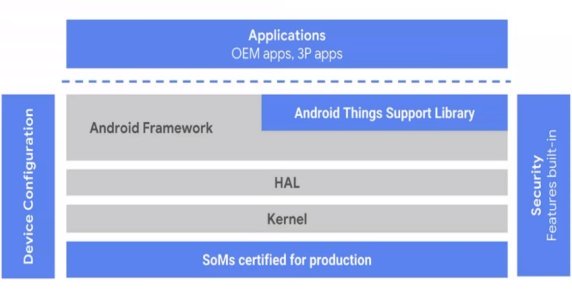 To support Google’s developer initiative, Qualcomm has announced a new Home Hub platform that supports Android Things to bring the convenience of Google Assistant to more household products. System-on-Modules and purpose-made platforms are designed for the competent commercialization of AI-enabled home devices with the Google Assistant.

SDA212 is intended to empower home devices and appliances such as ovens, refrigerators, televisions, and washing machines with audio capability and digital assistant. With its noise suppression, echo-cancellation, and “barge-in” proficiency, the Home Hub platform incorporates a voice user interface in noisy surroundings even when the end users are far away from the device.

SDA624 broadens the edge computing capabilities while delivering multimedia, video camera, touch display, and more to Android Things devices. Applications include video conferencing, remote video monitoring, movie and video streaming and more. It is the perfect fit if you are developing AI-enabled home hub products like IP cameras, robots, security panels, and smart appliances that require a display and a camera.

eInfochips, an Arrow company, is an authorized Snapdragon Technology Partner and a Qualcomm Licensee that offers SoMs, Development Kits, SBCs, and accessories based on Qualcomm Snapdragon processors. We provide services for designing products based on Snapdragons by building a custom SoMs/SBCs. To know more about our offerings based on Qualcomm processors, get in touch with us.